Visit the Texas coast to see waterfowl and neotopical birds

Texas coast wetlands serve as the key wintering ground for millions of North American waterfowl during their annual migrations. 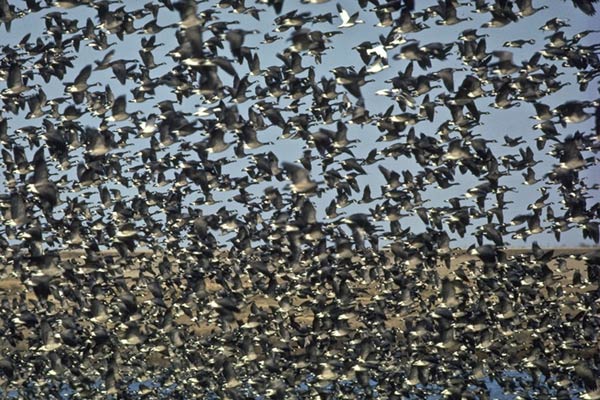 Texas’ estuaries, wetlands, and coastal islands sit at the crossroads of one of the greatest annual migrations of wildlife anywhere in the world. Africa has its great migrations of hooved animals that cross the continent’s vast plains. Here in America we have great winged migrations. These consist of millions of waterfowl, wading and shore birds, and neotropical migratory birds.

The Texas coast is where millions of neotropical migratory birds make first landfall after long distance flights across the Gulf between North and South America. In fowl weather the birds may arrive totally exhausted, looking for a place to land, rest, and feed. They regain energy for continued flight.

Texas coastal wetlands also serve as the key wintering ground for millions of North American waterfowl. In early Spring, these birds fly thousands of miles north of Texas to lay their eggs and raise ducklings in the summer. They go to northern states, Canada and even the arctic. When it starts getting cold in early fall the young are ready to fly. The adults along with the young birds return south, to Texas where they feed all winter long. Coastal Texas is one of the most important staging, wintering, and breeding areas for waterfowl and other migratory birds on Earth.

Each year, thousands of bird watchers come to see these great migrations. Almost 500 bird species have been seen in the Lower Coast alone. You can see the birds, too. Visit a Texas Wildlife Management Area, the World Birding Center, National Wildlife Refuge, or any one of the many local parks and nature centers on the coast.