Everyone lives in a watershed. Everything that happens on the land affects the water in that watershed.

It’s usually difficult to see a watershed unless you’re standing on top of a hill or looking down from an airplane. Then you can see all the hills and valleys that drain water into a stream, the streams flowing into rivers and where rivers flow into lakes, bays, and estuaries. (Fig. 3.1) A watershed is all the land from which water drains into a specific body of water. Sections of connected hills and valleys form each watershed. Small watersheds make up a larger watershed. Everyone lives in a watershed, and all land on Earth is part of some watershed. The land upstream from you makes up your watershed. As you move downstream, more streams and rivers flow together. Then all the new land drained by those new streams adds to your watershed. So your watershed depends on where you are along a stream, river, lake, estuary or ocean.

Flowing to a river

If you stand on top of a mountain that divides two watersheds, you can pour a glass of water from one hand into one watershed and a glass of water from the other hand into a different watershed. Sooner or later, the water from the two different glasses will end up in two different streams. The streams combine with other steams to form rivers. The area drained to form the river may also be called a river basin, in addition to being called a watershed. The river basin is the land drained by a river and its tributary streams. All rivers eventually flow into the ocean.

Most states have only one or two river basins, but Texas has 15 major river basins and 7 major bays. Texas also has over 3,700 named streams. All the streams and rivers combined flow over 191,000 miles through Texas. The Red River forms the border between Texas and neighboring states to the north while the Sabine River forms our border with Louisiana to the east. The Rio Grande forms our border with Mexico in the south and west, and is the second longest river in the U.S. All Texas’ rivers eventually flow to the Gulf of Mexico. As several of our major rivers near the Gulf of Mexico they combine into coastal basins and form Texas’ major bays and estuaries. Your watershed address is the watershed, sub-watershed, sub-sub-watershed, etc., in which you live. It tells which lake, stream or wetland collects the water that falls on your home. (Fig. 3.2)

At the top of the watershed is the land known as the headwaters. This is the high ground where precipitation first collects or it can be a spring from which a stream originates. From the headwaters, water flows downhill and eventually forms a permanent channel. Once a channel is formed it is called a stream. Small streams combine to form larger streams. The mouth of a stream is the place where it empties into a larger body of water. A permanent or perennial stream is one that has flowing water in it all year long. In the Texas Hill Country and other dry parts of the state, many streams only flow for part of the year, although water may be flowing just below ground, beneath the dry stream bed. Such streams are called intermittent or ephemeral.

Everything that happens on the land in a watershed affects the water body into which it drains. A stream, pond or wetland can only be as healthy as its watershed. How we use the land affects the health of our aquatic resources, and in turn affects us and what we do in the watershed, for example when we go fishing. In a healthy watershed, water is filtered and stored, but as water runs downhill, it can pick up whatever is on the ground beginning a process of altering water quality. When it flows through cities or across fields and pastures, water picks up dirt, pollutants, and heat. (Fig. 3.3) These contaminants flow into a stream, wetland or lake, affecting the water you use to drink, swim, or fish. When you flush your toilet, do the laundry, fertilize your lawn, or dump used oil on the ground, you are affecting water quality in your watershed and all the way into the Gulf of Mexico.

Finding and preventing water pollution in our state is vital to every Texan’s quality of life. What do you think is the biggest pollutant in Texas’ waters? Sewage? Industrial chemicals? Pesticides? Fertilizers? Trash? Believe it or not, the biggest pollutant of Texas’ waters is plain old dirt from sedimentation, even though chemical pollution and too much bacteria in the water are what people usually hear about the most.

The proper name for dirt is soil, and when it gets into a water body, it becomes sediment. The biggest pollution problem in Texas’ waters is excess sediment. (Fig. 3.4) Sediment is any bit of rock or soil such as mud, clay, silt, sand, gravel—even boulders. Excess sediment blocks out light, killing aquatic plants or preventing their growth. Sediment covers up the nooks and crannies aquatic organisms live in. It smothers fish by clogging their gills and by reducing the amount of dissolved oxygen in the water. How can we reduce the amount of sediment in our rivers?

Raindrops fall at a speed of about 30 feet per second, or 20 miles an hour. When a raindrop strikes bare soil it creates mud that is splashed as much as two feet high and five feet away. This is an example of erosion. Erosion is the wearing away and movement of solid material such as soil, mud and rock. It is a very powerful natural process caused by the forces of wind, water, ice, gravity and living things. (see Chapter 1, Fig. 1.4)

Erosion and sediment in water are natural processes. However, too much of either can cause problems. Erosion can remove fertile soils from farmland and reduce quality of water. Sediment that erodes from one place is carried away and settles out downstream. This can clog streams with gravel and fill reservoirs with sediment. Erosion can be a big problem in areas where too many trees are cut down or where poor farming practices leave the ground bare, or where construction exposes bare soils to rain and wind.

Planting trees and grasses are ways to slow erosion. Leaves and stems slow the rain as it falls to the ground, and plant roots hold soil and rock in place. Many Texas farmers and ranchers have worked to improve farming and grazing practices and reduce the amount of soil and other sediment in Texas streams. But excess erosion and sedimentation in Texas’ waters remains the biggest single pollution problem facing our state’s aquatic resources.

We can often see the close tie between land and water. Texas has 11 major natural physiographic regions. (Fig. 3.5) These regions have different types of bedrock, soil, elevation, weather, and plants. These differences and the different ways the land is used in each affect the overall water quality and quantity in the watersheds. Each region has different kinds of habitat for wildlife and opportunities for people. (Fig. 3.6) Every stream, lake or wetland is a reflection of its watershed. The goal of the Clean Water Act is water that is “drinkable, swimmable and fishable.” Natural resource agencies, communities and individuals work together for good water quality and quantity. Knowing our watershed and its relationship to surrounding watersheds can help us conserve our aquatic resources. 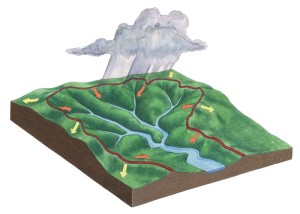 Fig. 3.1 — Watersheds are all the land that water flows off of and into a body of water, such as a stream, lake or ocean. Credit: Missouri Department of Conservation 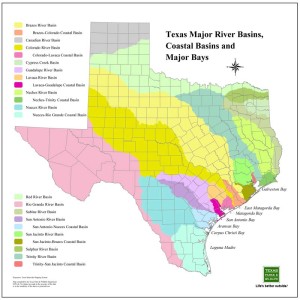 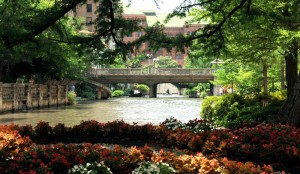 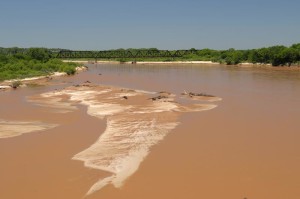 Fig. 3.4 — Sedimentation is the greatest source of pollution of rivers in Texas. Credit: Texas Parks and Wildlife Department 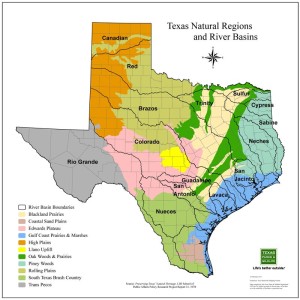 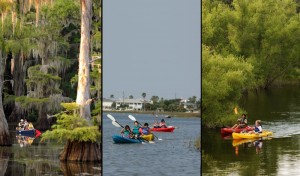